The Charger Daytona 50th Anniversary Edition pays tribute to the legendary 1969 Charger Daytona, the special edition that was designed with the sole intention of winning high-profile NASCAR races. While piloting one of the race cars with its huge wing and massive nose, Buddy Baker became the first NASCAR driver to break through the 200 mph barrier. The Charger Daytona won two races in 1969 and another four in 1970 before being replaced by the 1970 Plymouth Superbird. 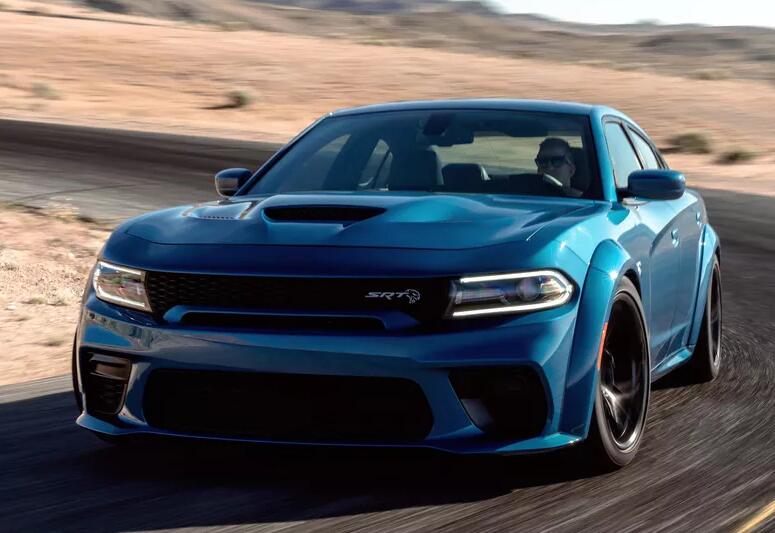 When it comes to American muscle cars, Dodge provides gearheads with a steady supply of road-burning beasts. Other performance highlights of both of these Dodge Charger Widebody models to ensure ideal acceleration are Launch Control, Launch Assist & Line Lock. The result is the 2020 Dodge Charger Scat Pack Widebody offering a 4.3-second acceleration time from 0 to 60 mph, a 12.4-second quarter mile & a 0.98 g lateral grip on the skidpad thanks to those features & the 485-hp 392-cubic-inch HEMI V8 under the hood.

Officially it’s called the 2020 Dodge Charger SRT Hellcat Widebody Daytona 50th Anniversary Edition, although most will shorten that. Leveraging what they did with the Charger SRT Hellcat Widebody (still the most powerful and fastest sedan in the world), Dodge added 3.5 inches of width; complete with wider wheels and tires that give off an aggressive, planted stance, not unlike something predatory that is about to eat you. That’s just where the changes start. Other upgrades include enhanced shift points up to 6,100 rpm in automatic mode. That alone was enough to bump the horsepower from 707 to 717; the feature is exclusive to this model Charger. 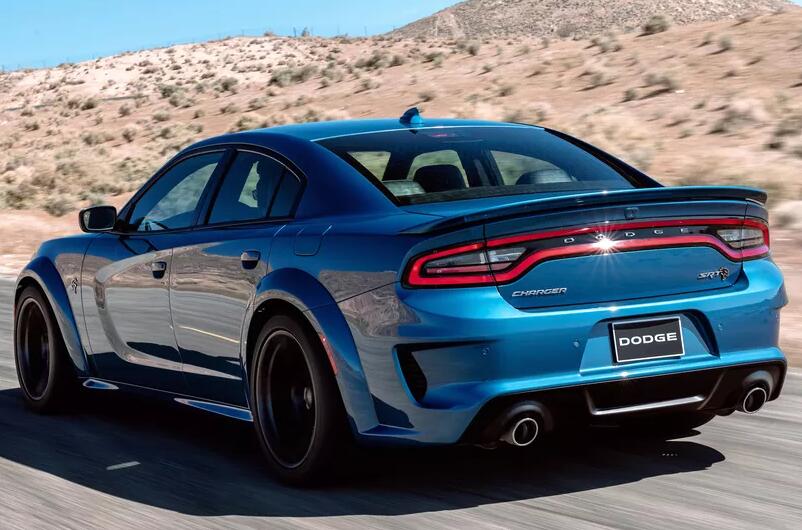 Inside are some model-specific carbon-fiber bits and Daytona blue accent stitching. The 12-way power performance bucket seats are upholstered with Nappa leather and Alcantara suede, and also feature blue accent stitching and Daytona” logos embroidered on the seatbacks. Dynamic Suede is used for the headliner, and the instrument panel and console bezels are trimmed in real carbon fiber. The flat-bottomed, suede-covered steering wheel has blue and silver accent stitching. The premium velour-bound floor mats also get blue accents and are exclusive to the Daytona edition, as is the steering wheel. A blue X of 501” numbered Daytona Edition badge with a Hellcat logo is fixed to the passenger side of the dashboard.

Designed to pay tribute to the 1969 Charger Daytona, the limited edition model features a unique a decal and a matching rear spoiler. The car has also been equipped with 20-inch Warp Speed” wheels that have a special Satin Carbon finish. The latter is backed up by a high-performance Brembo braking system that features six-piston calipers up front. It also housing with high low beam h4 led headlight bulb kit to improve the lighting illumination. 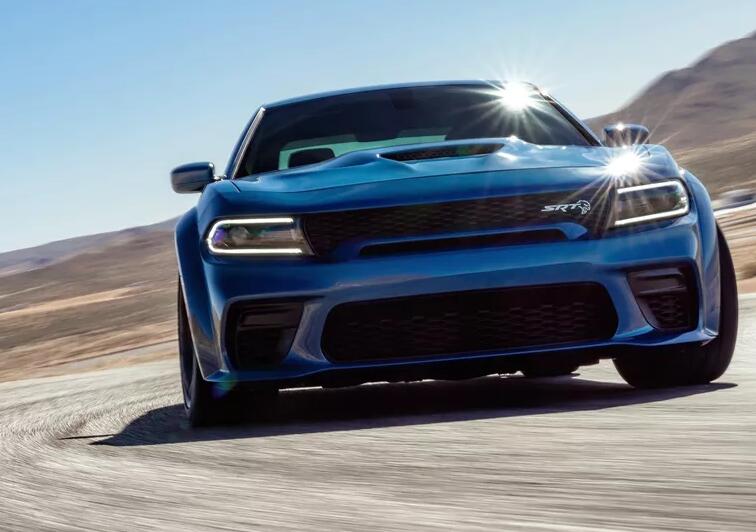 Most telling of this edition is the decal applied to the rear quarter panel and trunk lid, with a color-matched spoiler to give the back end a flash of contrast. The word Daytona” is etched into either side so there’s no mistaking what you’re looking at. This edition will be available in four colors: White Knuckle, Triple Nickel, Pitch Black, and B5 Blue. For 2020 Charger Hellcat Widebody models, that bright blue tone will only be available on this special edition.